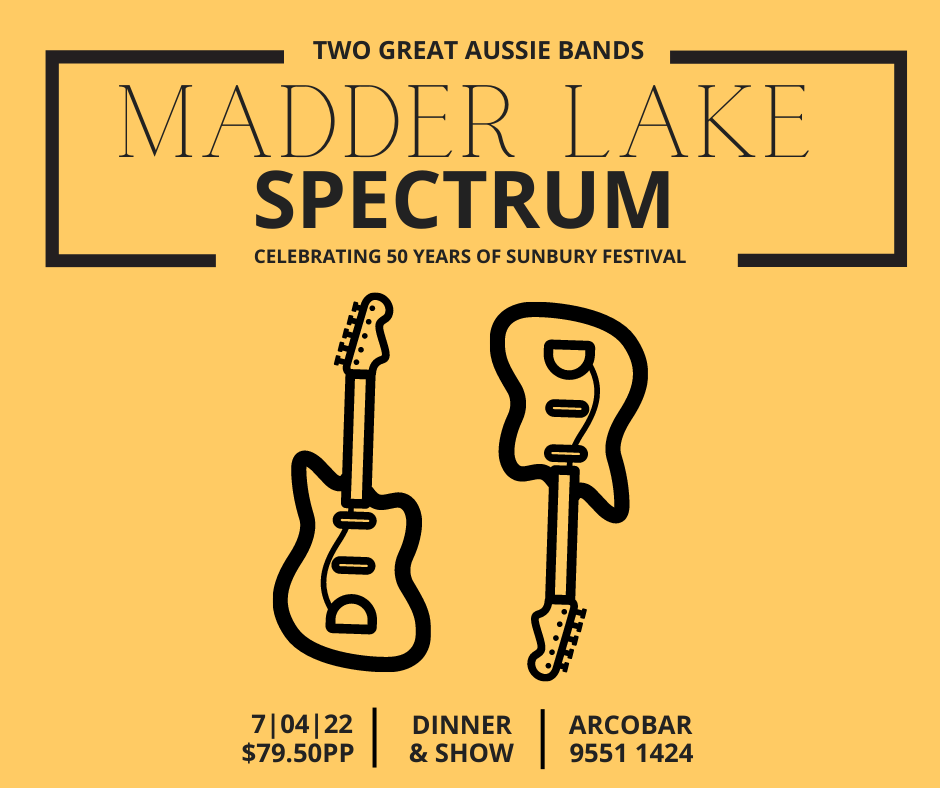 During their short but important career, Spectrum were one of the most highly respected progressive rock bands Australia, leaving a legacy of original, innovative and ground breaking uniquely Australian music, as well as a legacy of live music shows that set the standard for a generation. Fronted by Mike Rudd (who admittedly is originally from NZ) Spectrum continues to impress with a show that hasn't lost any of its energy or innovation.

Madder Lake formed all the way back in 1971 - right here in Melbourne - just over 50 years ago. As one of the first bands signed by Michael Gudinski, they became THE ground breaking band for Mushroom Records, releasing their debut single, "Goodbye Lollipop" in February 1973, followed by their most recognisable single, "12lb Toothbrush".

In Australia, Sunbury Festival signalled the end of the hippie peace movement of the late 1960s and the beginning of the reign of pub rock. Sunbury—which has often been compared to Woodstock—has been accorded a legendary status in the history of Australian rock music. Madder Lake were the openers of Sunbury, 50 years ago today on the 7th of April 1972 as well as Spectrum getting a spot on the lineup.

WHEN: Thursday the 7th of April 2022
WHERE: Arcobar, 8 Arco Lane, Heatherton
PRICE: Two Great Bands AND A Two-Course Award-Winning Dinner & Show $79.50pp
BOOKINGS: Call Arcobar Directly On 95511424 During Normal Business Hours
MENU: A copy of the menu is available on our website
TIME: Access from 6.30pm. Show starts at 8.00pm & finishes at 10pm. 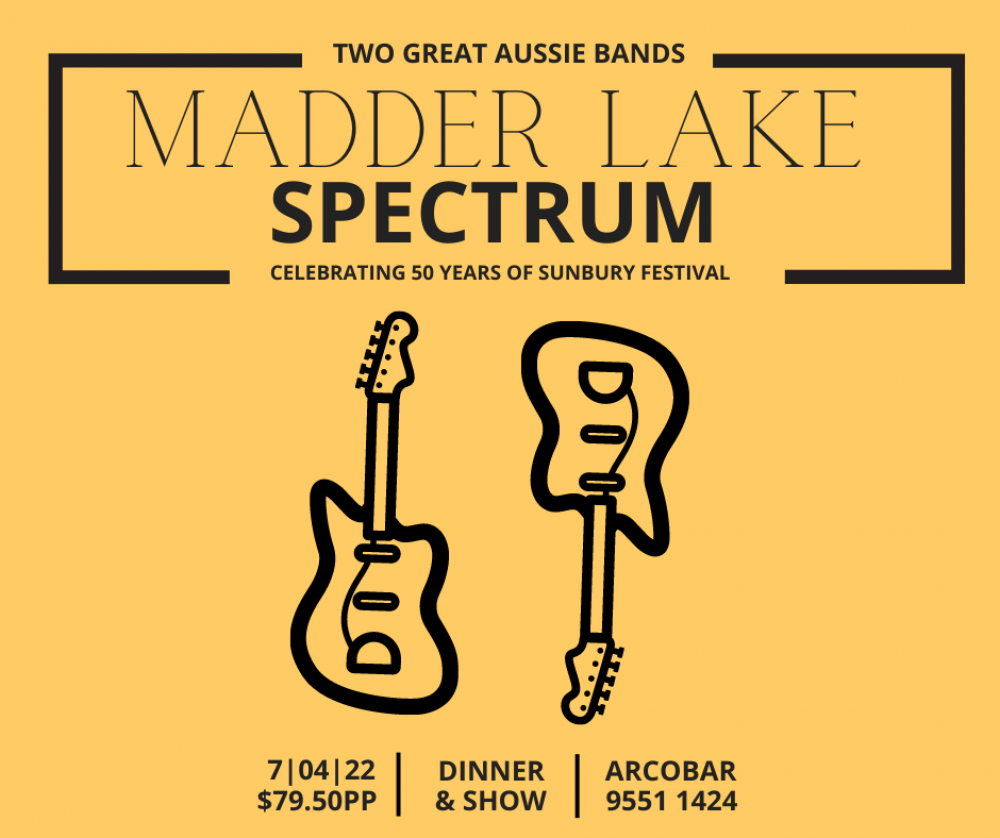 ​Together, these two bands laid a very important cornerstone of Australian rock, and guarantee to put on an incredible night of music.