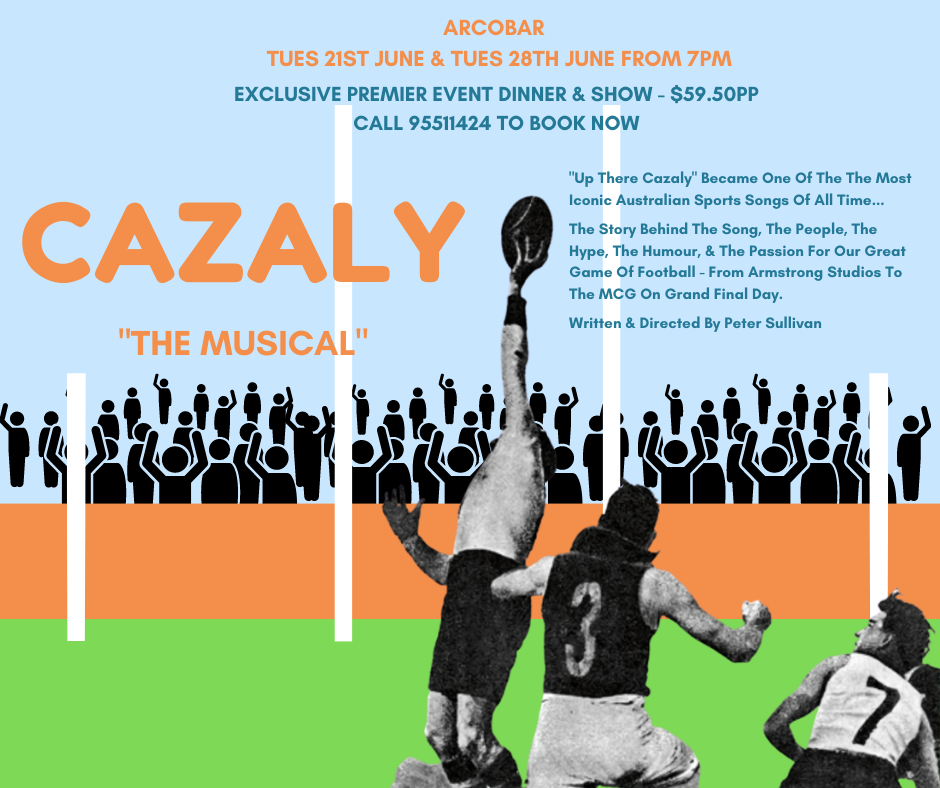 A wonderfully funny & reverent musical - telling the story behind the song, the people, the hype, the humour, & the passion for our great game of football - from Armstrong Studios to the MCG on Grand Final Day!

CAZALY "The Musical" is written & directed by Peter Sullivan, half of the TWO MAN BAND, who released "Up There Cazaly" In 1979, and changed the game in so many ways... The most famous of all sporting songs in Australia, "UP THERE CAZALY" was originally written by the legendary Mike Brady to promote Channel Seven's coverage of the VFL. It was first performed as the TWO MAN BAND, a duo of Mike Brady and Peter Sullivan, and has since become an unofficial anthem of Aussie Rules football.

The now-iconic song refers to the early-20th-century ruckman Roy Cazaly, who was known for his prodigious leap. Cazaly formed a famous ruck combination with South Melbourne teammates Fred "Skeeter" Fleiter and Mark "Napper" Tandy. It was ruck-rover Fleiter who was the first to call "Up there, Cazaly!" when the ruckman flew for the ball. The catch-cry was soon adopted by South Melbourne supporters and eventually entered the Australian lexicon as a common phrase of encouragement.

Released independently on Fable Records, the song became the highest-selling Australian song of all time, with Brady & Sullivan included in the Guinness Book of Records for the song. To this day, it remains synonymous with football, mateship, having a 'go', and Australian sporting culture.

Production Director for CAZALY "The Musical" is Adrian Scott, one of Australia’s finest musicians, who continues to have an illustrious career as a Writer / Producer / Musical Director. Adrian has toured the world with such acts as Air Supply, The Little River Band, and Dragon, spending 10 years as Kylie Minogue’s musical director during her world tour kicking off in 1990.

We can't promise - but we are fairly sure that Sam Newman will make a very special guest appearance also!

With a wonderful & original music score featuring a funny, retrospective, and very Australian theatrical performance, CAZALY "The Musical" traces the story of how "Up There Cazaly" became the highest-selling musical jingle of its time, the story of Roy Cazaly, and an insight into the machinations of the Channel 7 boardroom in the 70's, finding "that" song, to make its way from Armstrong Studios South Melbourne, to the famous first bounce of a Grand Final at the MCG in 1979.

Come and experience CAZALY "The Musical" right here at arcobar in a small & intimate Dinner & Show environment - before it hits the Theatres!

TIME: Dinner from 6.30pm. Play starts at 8.15pm and finishes at 9.30pm. Please note there is no break in the play, and this premiere event is a "Table Read", meaning that the actors and performers are reading from the script, in the style of early theatre plays. 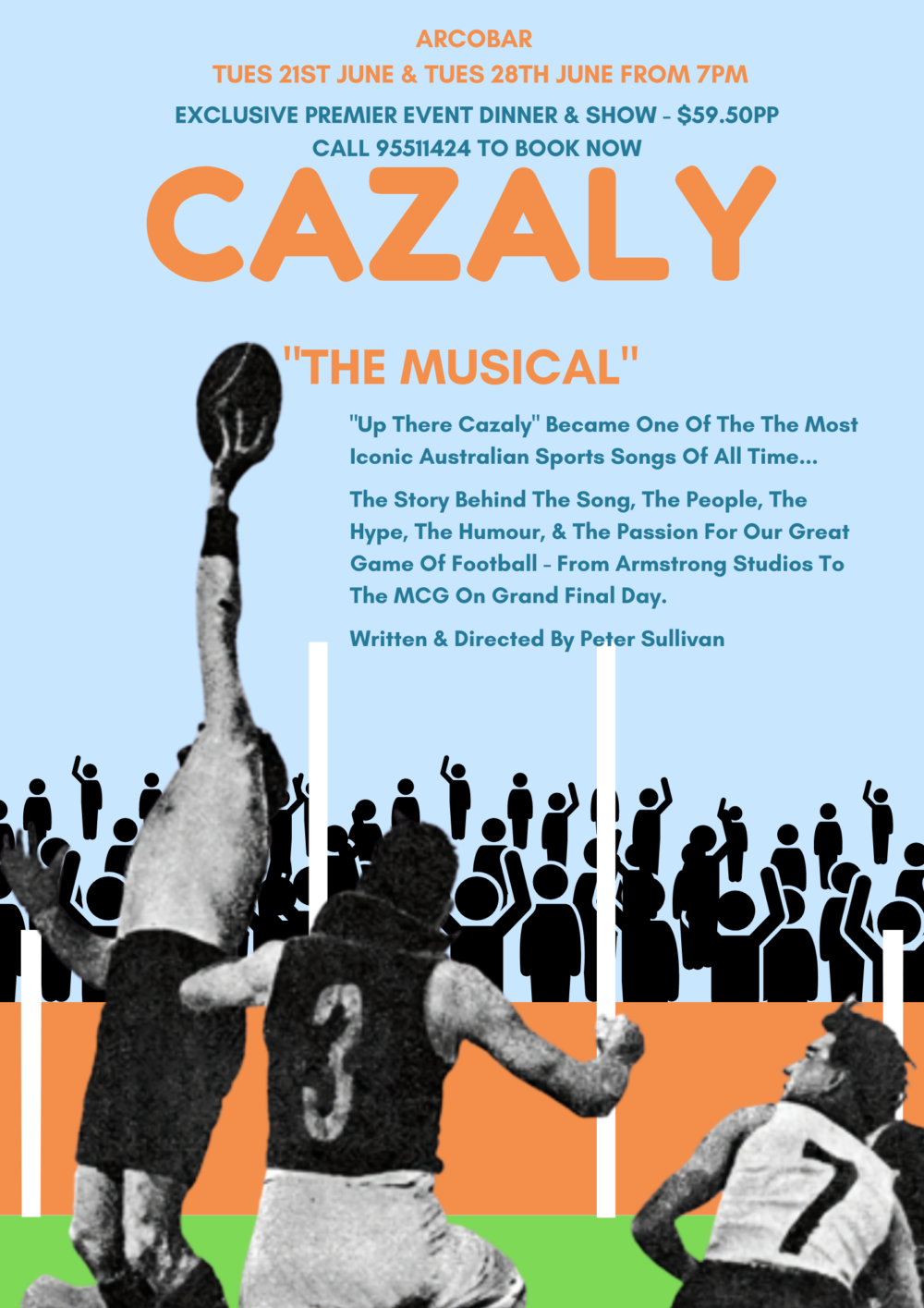 Written & Directed By Peter Sullivan - One Half Of "The Two Man Band" - Who Gave Australia "Up There Cazaly" - Our Biggest Selling Sports Anthem Of All Time!